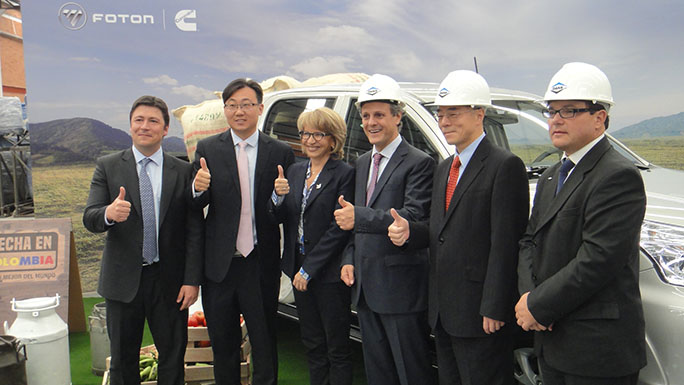 On August 18, 2015, the opening ceremony to mark the start of production of Foton’s Colombian KD plant was held in the country’s capital of Bogotá, Colombia. Cecilia álvarez-Correa Glen, Colombia’s Minister of Commerce, Industry and Tourism (MCIT), as well as Foton’ s South American distribution team and local media were in attendance for the ceremony. This ceremony also commemorates Foton becoming the first Chinese automaker to have invested and setup a KD factory in Colombia. Located in an Industrial Development Zone in the heart of the country’s capital, Foton’s KD factory has an area of nearly 7,000 square meters and a planned initial output of 3,000 units per year. Among its two production lines is internationally-advanced vehicle test and production equipment to fully ensure vehicle quality meets international standards. The plant is initially producing Tunland pickups, and then it will put SUVs and mini trucks into production this year, so as to boost Bogotá’s regional economy. During the ceremony, Cecilia álvarez-Correa Glen (MCIT), on behalf of the Colombian government, extended congratulations to Foton for putting its KD plant into operation and expressed even stronger support to Foton in the future.

The plant, which was implemented in an international market, exemplifies Foton’s “deep manufacturing” model. While it creates social benefit for the local community, it also serves to provide quality products and services that cater to market demands across the rest of the Americas. 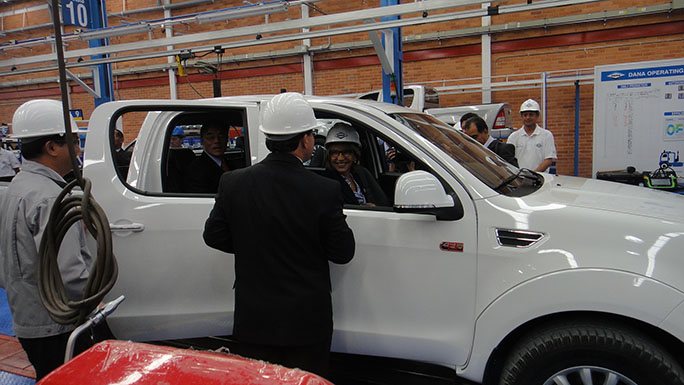